Tracking when leads call you back 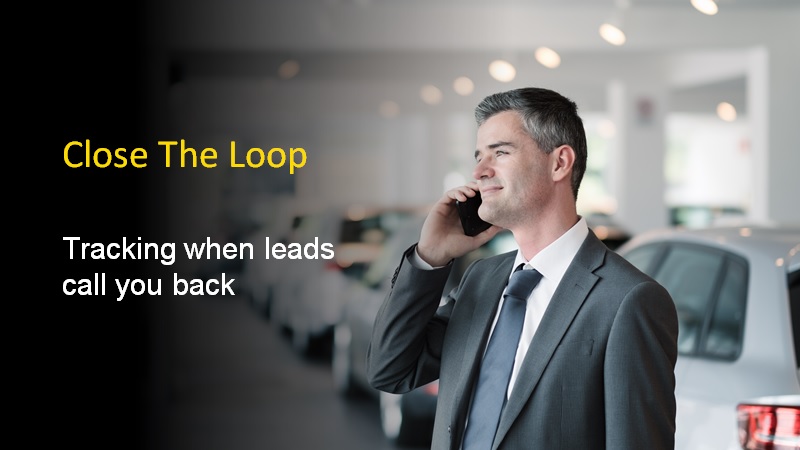 For over fifteen years TrackBack have been measuring if, when and how sales teams respond to OEM leads generated by the 18 automotive manufacturers we work with throughout Europe. In the early days, dealers representing certain brands might average over a week before attempting to call a prospect. If they bothered at all. Today, thanks to our tracking and reporting, response rates are vastly improved.

However, OEM provided leads are still generally considered harder to convert than walk-ins for example. This may be true, but it doesn’t make them any less important to follow up quickly and professionally. Many OEMs recognise the vital importance of accurately tracking lead follow up by awarding bonuses based on follow up performances reported by TrackBack, but as any sales person will tell you, it’s not always possible to get through to a prospect. So whilst a contact attempt is better than no attempt, it doesn’t count as a successful follow up unless contact is made (TrackBack automatically detects the difference). Tenacity by the sales person is required (and measured). They might try calling again and they will typically leave recorded messages. All of these attempts are rigorously noted by TrackBack.

But what happens if the prospect does call back? How is that recorded as a successful lead follow up? Most tracking systems monitor outbound calls, but how might an inbound call be automatically associated with a specific lead?

To ensure that sales staff are credited with successful follow ups when their leads call them back, TrackBack have launched a service called Close the Loop. This allows us to track inbound responses to outbound telephone lead follow-up. Close the Loop now completes the picture by confirming that contact with the prospect had indeed been made… and the sales person is correctly credited with a successful follow up.